This past fall I was blessed with the opportunity to explore the Yukon territory with Marisa for 10 days and exceeded my already high expectations. The scenery was spectacular, the people were genuine, and the biking was world class.

Right from the get go after landing in Whitehorse on Sept 17th I was welcomed with an amazing display of the Aurora Borealis. Day two brought more wonderful weather as we hit the trails in Whitehorse on Grey Mountain. These trails were nice to get warmed up on as the inclines were moderate and the views were breathtaking. After a few trails in town we met up with our airbnb host, Brayden, who was nice enough to arrange a shuttle and join us for a lap of the local Starbucks and upper/lower goat trails. Even with a shuttle and few breaks we spent the next 4 or so hours traversing the alpine and dropping back to the parking lot for some of the best trails I’ve ever ridden. The good company didn’t hurt either.

From Whitehorse we were onto Dawson City as our next biking destination but along the way Marisa insisted we make a stop in Tombstone National Park. The park facilities were closed for the season and there was no biking but it was well worth the visit. To be perfectly honest me and Marisa were having a hard time finding the motivation to bike in Dawson. I guess maybe we were tired and we delayed it by walking around town and exploring around the Yukon river. Well about 3 hours before sunset we decided to go check out the local trails off of Midnight Dome lookout. I wasn’t expecting much as Dawson is a fairly small town and I didn’t really see any bikes around town, but boy was I wrong. The runs were about 300-400m of vert and took about 10-30 mins to ride and the shuttle road was paved top to bottom. It was some of the most fun I have ever had riding bikes! There was rock, there was steep loam, there was some ultra smooth flow trails to be had, and the views were the cherry on top. The biking lasted until the sun was completely down as I couldn’t and wouldn’t stop riding until I had to. The night led us to the Diamond Tooth Gertie’s Gambling Hall, which  was filled with beers, can can dancers, a musical performance, some blackjack and some money well spent.

From Dawson and through Alaska on the Top of the World highway led us to Kluane National Park. We discussed heavily of doing the 74 km Cottonwood trail in this area and decided instead to do the much more mellow 15 km Auriol trail. It offered some similar vistas and we just weren’t feeling the long slog as we planned to bike the following 2 days as well and didn’t want to be burnt out. The trail turned out to be pretty nice and the weather was continuing to cooperate with us, which made it quite pleasant. 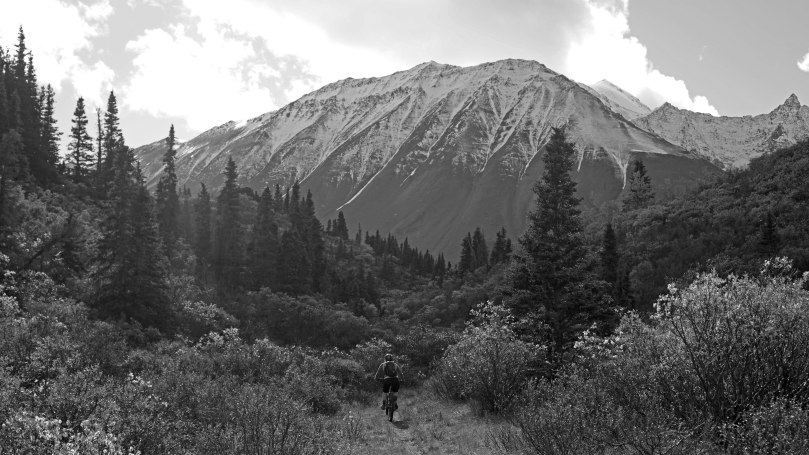 Our next stop was back through Whitehorse where we stayed one night in a campsite and 2 more nights at the airbnb where we originally stayed because they were just so darn nice and we wanted to spend some more time with them. In Carcross we had two main objectives for biking. The first was Mountain Hero, which is a 15km/1000m backcountry bike and the second was shuttling the Montana Mountain network. We opted to hit Mountain Hero the first day as the weather looked slightly more pleasant than the next day even though there was howling winds the whole way up once we hit the alpine.

We kept saying how this trail was like many we did in New Zealand. Push up and shred down is what we meant. There was a loop to do, but it seemed like so much more effort and we had to rely on a shuttle for the road when we were done the trail. We did not see a soul for the entire day and it was excellent day on the bikes. 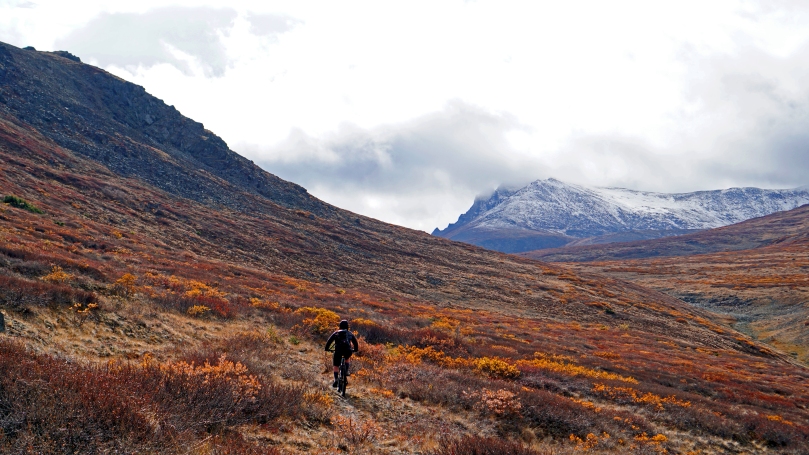 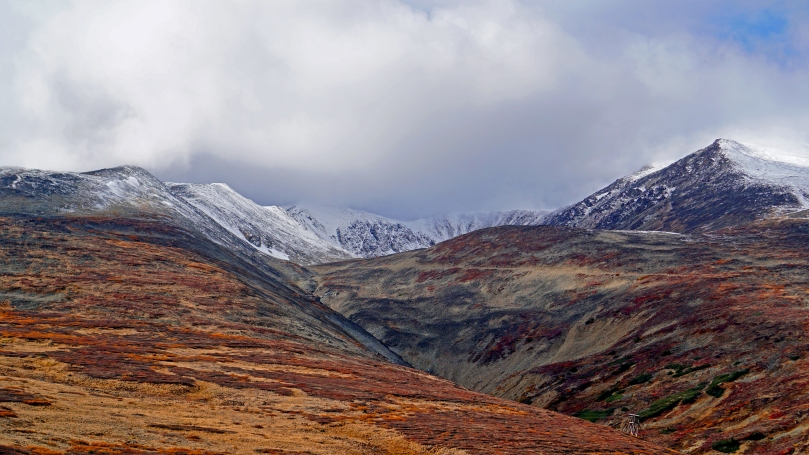 There’s never usually lots of action photos when the area includes shuttling and its just the two of us, but there was every sort of trail in this network and I’ll say a good 4×4 is definitely your ideal mode of transport to the top of this network. Lots of flow and lots of tech, which meant lots of fun. I was able to ride every trail I wanted to in a single day, but definitely would have liked to go back for another day to ride some of my favourites again. 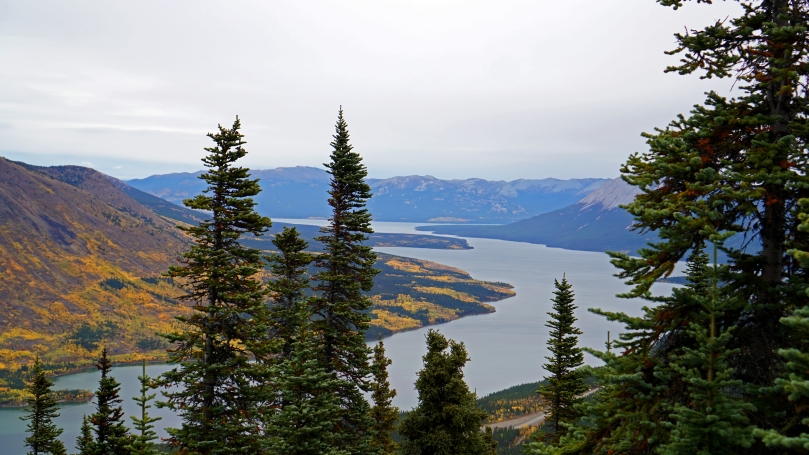 The town of Carcross

For such a small center there was so much character packed in, not to mention an amazing trail network. So happy we made it out and once again got the weather we needed to hit what we wanted. 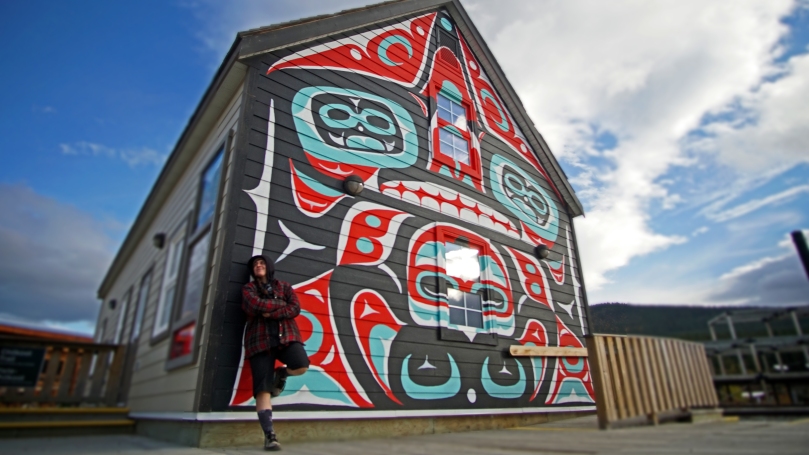 On the way out

When we left Whitehorse we planned to hit the Laird Hot Springs and then drive back to Saskatchewan to attend my cousin Traci’s wedding. Along the way we got a taste of some wildlife and a great camping spot as well as a night sleeping in the front seat of the pathfinder in some town near Edmonton. 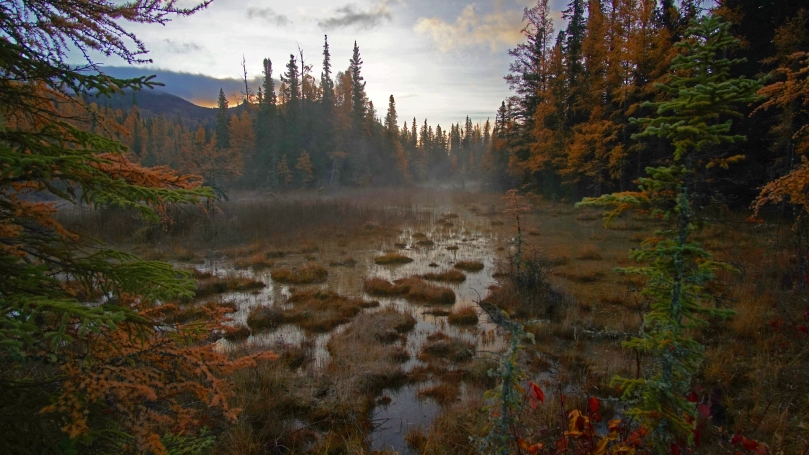