It’s been a wicked winter for us in the southern hemisphere experiencing both the ups and downs of what a splitboard season in New Zealand is like and why the existing yet very small backcountry community is slowly growing.

Even now that we’ve packed our split gear away and pulled the bikes out for a second round of NZ summer, we can’t ignore the stoke levels of our Canadian friends excited to shred the upcoming winter season showing already its promise of a “La Nina” weather system. If there’s one person that comes to mind about having high stoke levels of backcountry powder in Canada it’s the one and only High Plains Drifter Rance Tuff (Feature Pic: Ian Holmes), or better known on Instagram: gohuckyourself.

Before jetting off to NZ last February, we had the pleasure of getting out and going for a tour with Rance in one of if not his favorite #knowwherealberta zones. No matter the month of the year, he’s stoked for winter and getting that splitboard out to #earnyourturns!

To wrap our winter season up and snow posts on the blog here in NZ, I caught up with Rance and asked him a few questions about his splitboard journey and keeping the stoke levels high 365.

Tell us a bit about yourself.
I ❤️ Snowboarding!!! Haha… 47 year old single father to a super rad 18 year old daughter (Sam Tuff) that can ride boards waaaaaay better than her Dad. I support my shred addiction as a Arborist/ Gardener and I love my work. If asked to define myself as a splitboarder I would say, “Recreationalist”. 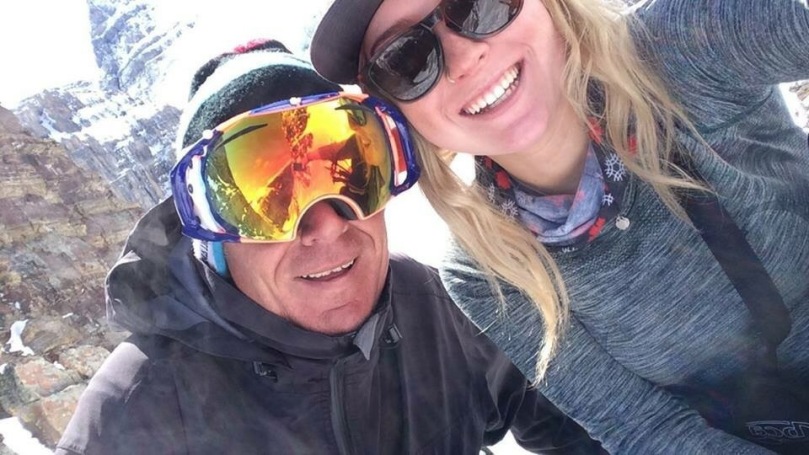 Dropping into Surprise Pass with Sam for her first splitboard tour (Pic: Selfie with Sam)

When was the first time you went in the backcountry and what kind of gear did you bring along?
My first true “backcountry” experience was the summer of 1990 with a great friend and experienced ski mountaineer Dave Hurd (RIP), who hauled my inexperienced ass up onto the Robertson Glacier here in the Canadian Rockies. I had a super old external frame pack, ice axe, cigarettes, beer and I biked/ hiked the 20km round trip in my trashed snowboard boots where that same day had me almost falling into a crevasse and off my bike on the exit resulting in a punctured lung caused by a poorly packed ice axe. Regardless the crash, I still stopped by at Woody’s in Kananaskis Village for jug of beer before heading to the ER. I WAS HOOKED!

As we all have a role model or mentor to look to when beginning a sport, who was yours when it came to getting in the backcountry and splitboarding?
Dave was my mentor and locally Ken Achenbach was my role model, but the Mount Baker Hard Core crew were the rock stars I wanted to ride like. I would hang out in the basement tuning shop, which also was the ski snowboard store I currently was working at during that time and listened carefully as the “old” guys shared stories of their past adventures. This was before Brett Kobernik created the first “splitboard”, so any backcountry was boot pack or snowshoe accessed if you wanted to snowboard. I hand split my first board in ’92, but I was young, lazy and riding lifts to hike outside the ropes at Fortress Mountain.. it was way easier than earning turns. If I had to name industry professionals that I looked up to, it was John Buffery. 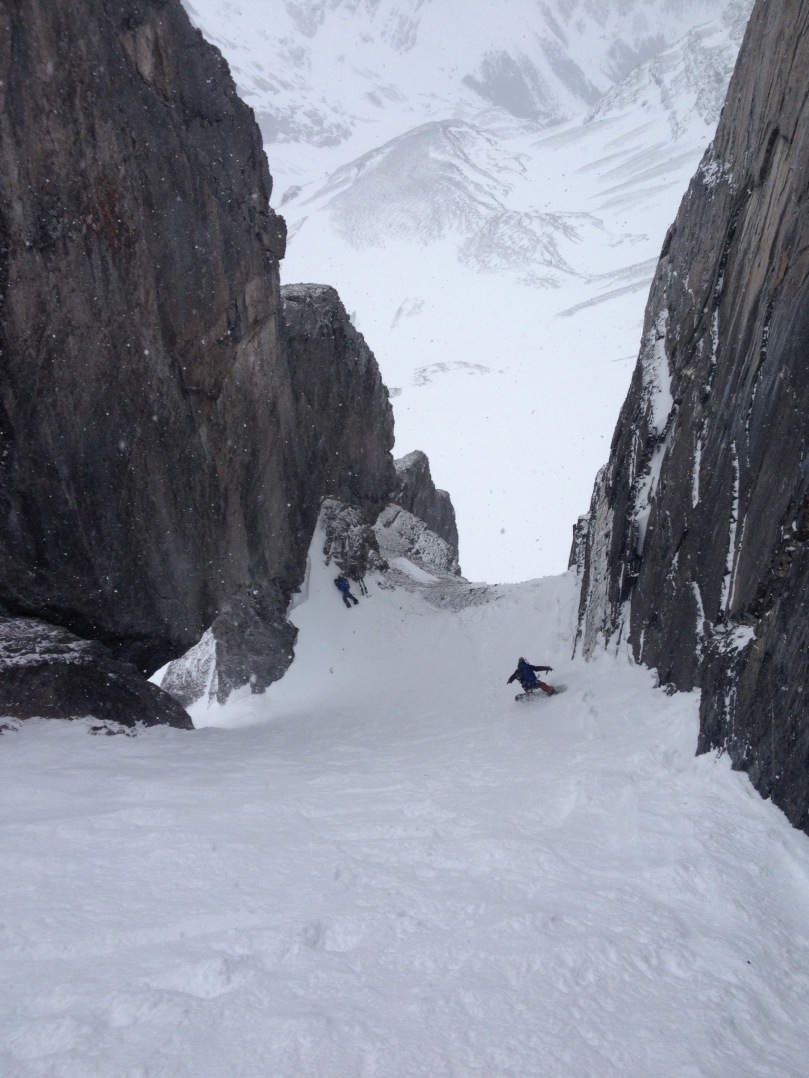 Did you ever consider going the guide route?
Never! I met a girl, married her, and life was full with getting by raising our daughter and shredding as a family.

Can you give us an idea of what the backcountry community was like when you began splitboarding in the Canadian Rockies?
We were f***ing lucky to have survived as I think back. I remember settlements, whoomphs, cracks and all types of indicators that would have me turning tail and changing plans today. This was long before social media, where stories were shared over beers and around firepits. When someone was referred to as a legend they had earned it!

What do you do to keep the stoke levels high during the summer and in general 365?
I’m always stoked!!! I’m also a bad friend as I pretty much work dawn till dusk seven days a week once the snow goes away. Truthfully, with adulting and keeping a roof over my head I can’t afford any high end summer sports. I sacrifice my summer for winter shenanigans and maybe sneak a summer shred or two in on the glaciers I have watched slowly recede over the last 27 years ☹️ 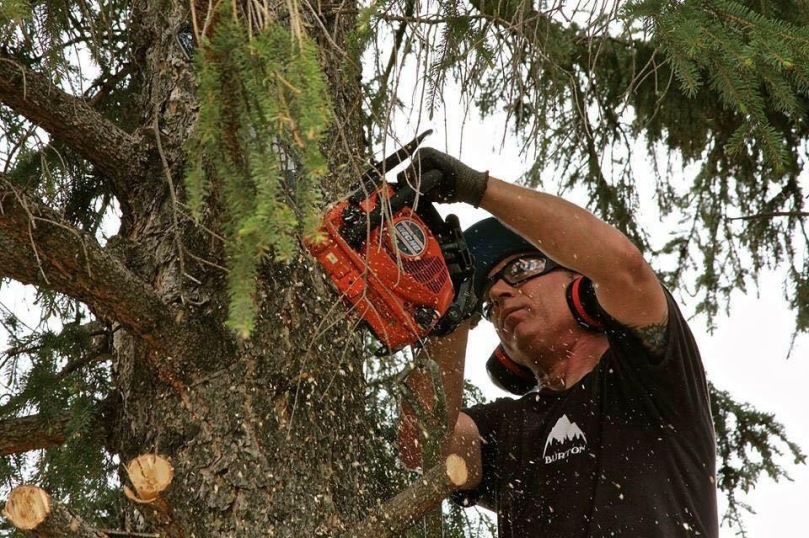 What’s something you’ve noticed evolve or change throughout the years of your involvement in the sport?
On the positive side, I have to acknowledge the equipment first as it’s enabled us to reach higher, further, deeper (sorry Jeremy), faster and more comfortable than I ever thought possible! This combined with the science and available education pertaining to snow safety, it allows us to look at lines that would have been considered “unrideable” by most recreational shredders twenty years ago.

On the negative side, I’m concerned with the influence of social media and “getting the gram” as I feel that the desire to get that “sick” shot is influencing people’s decision making ability. I really feel we backcountry users have to continue to communicate and discuss safety and etiquette in the backcountry as more and more of us leave the lifts behind and our chances for being involved in a snow incident multiply with increased exposure to avalanche terrain and the huge amount of people sharing it.

What are you looking forward to this season in comparison to the rest?
I look forward to being in the mountains with my friends again, sharing high fives, fist bumps and summit sandwiches. I have a great crew of amazing friends that I trust with my life. My wish for all of the tribe is good safe stable snow and #powrightinthekisser! 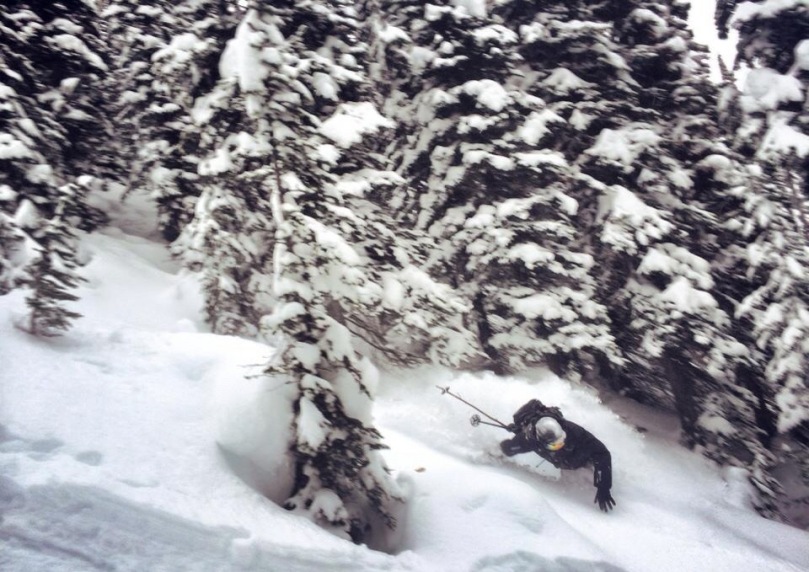 When you define a legend or role model in a sport to exemplify after, Rance is a splitboarder that comes to my mind. He’s a dedicated, down-to-earth, humble, hard working father who continues to do what he loves every winter season, while keeping the stoke levels high with his crew and within the backcountry community. We wish you and the tribe all the best this upcoming season, keeping it “safe as” (as they would say in NZ), and getting those well earned pow turns right in the kisser! Will be keeping an eye out on the “gram” and see ya back out there in 2017-18  🙂

One thought on “Snow Stoke Q&A: Rance Tuff (aka gohuckyourself)” 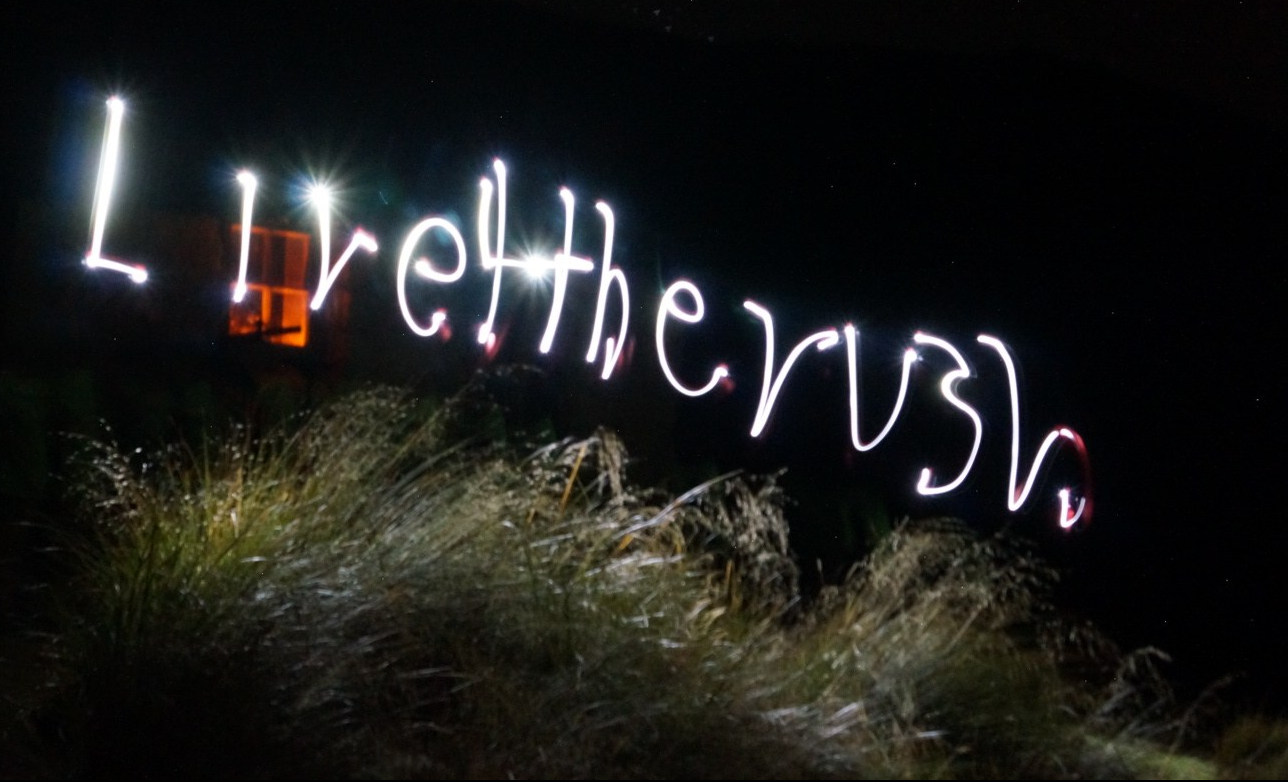 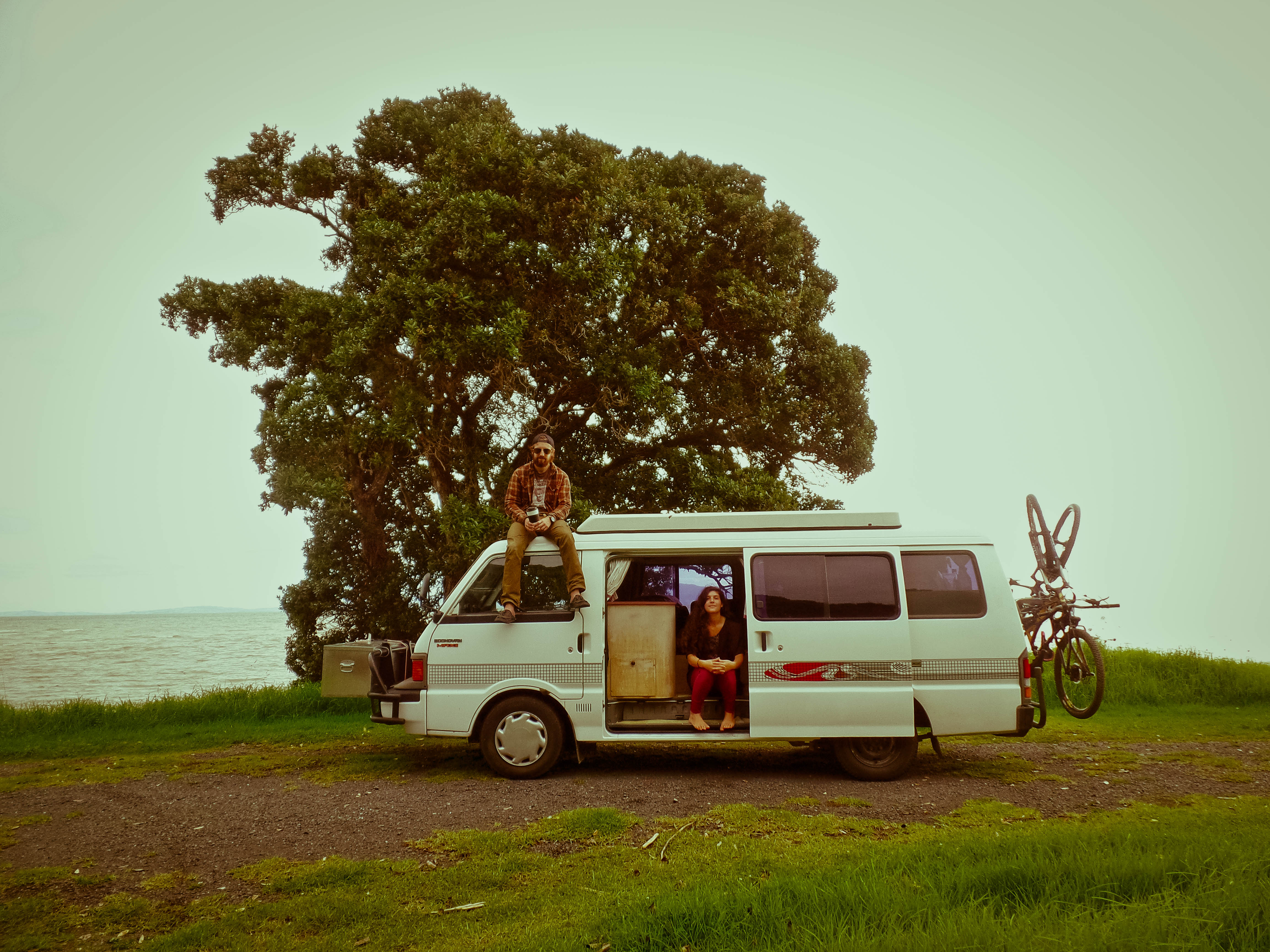